1 RK Flats for Sale in Pune 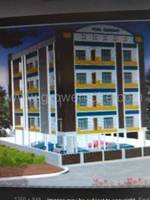 Brokers can sale this property with 1% brokerage. Description : Studio apartment of 400sqft in Ready possession in PMC area last 1 flat available in Yewalewadi , with all the Basic Amenities. Find 1 RK Flat in Vadgaon Maval in your Budget with Good Connectivity. Skyline Homes is one of the Best project in Vadgon maval of Samarth Developers. ... The affordability and yet the spacious structure makes Vedant a unique cluster spacing in more than 2 acres of land at Kirkatwadi. With the nearby landmarks like Sinhgad forte and khadakwasla dam, every weekend becomes a picnic time yet one can experience the joys of urban.

Brokers can sale this property with 2% brokerage.

Finding the perfect home is never easy, You can Find best On Going Projects in Pune, Builders & Developers in Pune, Real Estate Agents in Pune, Loan provider in Pune on www.growempire.com. Get Free Advice for Property Buying, Selling, and Renting. Know about the Property that matches your property requirements, before you buy it.

Pune is a sprawling city in the western Indian state of Maharashtra. It was once the base of the Peshwas (prime ministers) of the Maratha Empire, which lasted from 1674 to 1818. It's known for the grand Aga Khan Palace, built in 1892 and now a memorial to Mahatma Gandhi, whose ashes are preserved in the garden. The 8th-century Pataleshwar Cave Temple is dedicated to the Hindu god Shiva. Pune is one of the fastest growing cities in the Asia-Pacific region. The 'Mercer 2017 Quality of Living Rankings' evaluated living conditions in more than 440 cities around the world and ranked Pune at 145, second in India after Hyderabad at 144. The same source highlights Pune among evolving business centres and nine emerging cities around the world with the citation "Hosts IT and automotive companies Pune Real estate plays a crucial role in the Indian economy. It is the second largest employer after agriculture and is slated to grow at 30% over the next decade. It is expected to touch $180 billion by 2020. The housing sector alone contributes to 5-6% of the country's GDP. Retail, hospitality and commercial real estate are also growing significantly, providing the much-needed infrastructure for India's growing needs.

More...
© 2020 Grow Empire. Trademarks and brands are the property of their respective owners.